Our team is made of top dental medicine experts. 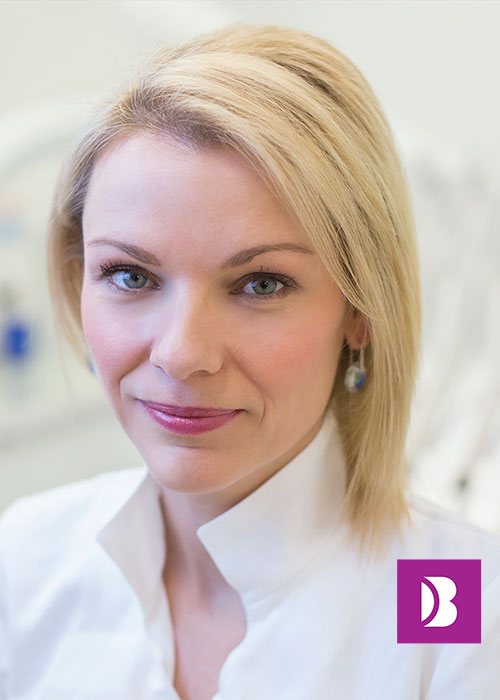 Andrea Burazin Kurti was born on 4 March 1980 in Celle, Germany. She went to elementary school in Zagreb, and graduated in 1998 from Greendale High School in Milwaukee, USA. The same year, she enrolled at the Faculty of Dental Medicine in Zagreb. She graduated in 2004, and after the internship, enrolled again at the Faculty of Dental Medicine to pursue a postgraduate specialist degree. She polished her skills at a number of renowned dental clinics. In 2008 she opened her own dental practice in Zagreb. She is a permanent member of the Croatian Dental Chamber and the author of numerous articles on aesthetic dental medicine published in Dietpharma magazine and DentalandSpa.com web portal. Andrea has spent the last nine years attending national and international congresses and training courses in the field of dentistry and prosthetics.

Trainings: 2006 and 2007 Course-Croatian Endodontic Society: Dental Medicine Live I and II; 2009 Regional Straumann congress-Implantology in Practice; 2010, 2011, 2012 participates in the international regional congress “Competence in Implant Esthetics”; 2013 New Trends in Dental Medicine – GC Europe International Nobel Esthetics All-on-4 Implant Congress; 2014 the office received the certificate “Recommended Clinic with the support of Nobel Biocare“ She received additional education and a subspecialisation in hard and soft oral tissue therapies at the international symposium in Vienna in 2013. At the same symposium she received a diploma for an iTop expert and acquired the periodontal microsurgery techniques. 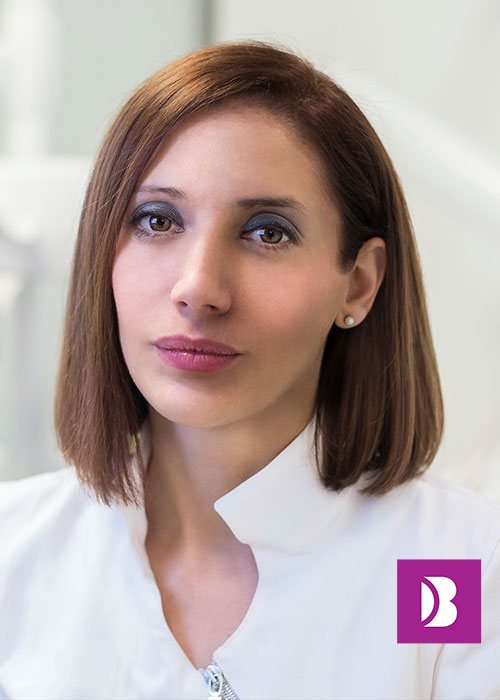 Jelena Buršić Kadić was born on 26 November 1978 in Pula. She went to elementary and secondary school in Labin where she graduated in 1997. She won the Soroš Scholarship as the best student, and thanks to the Labin City Scholarship, she enrolled at the Faculty of Dental Medicine in Zagreb where she graduated in 2004. After her internship at the Health Centre Labin, Jelena decided to pursue a postgraduate specialist degree at the Faculty of Dental Medicine in Zagreb. She is a permanent member of the Croatian Dental Chamber and the author of numerous papers and articles on aesthetic dental medicine published in Dietpharma magazine and DentalandSpa.com web portal. Since 2004 she has actively participated in a number of congresses, both national and international, and taken a number of training courses. Jelena continues her education in the field of aesthetic dentistry and prosthetics. After many years of experience at the renowned dental clinics, in 2009 she joined the B.DENT team. She is interested in implant surgery and implant prosthetics for which she got a certificate at the international regional Straumann/Ivoclar Vivadent congress in 2011. 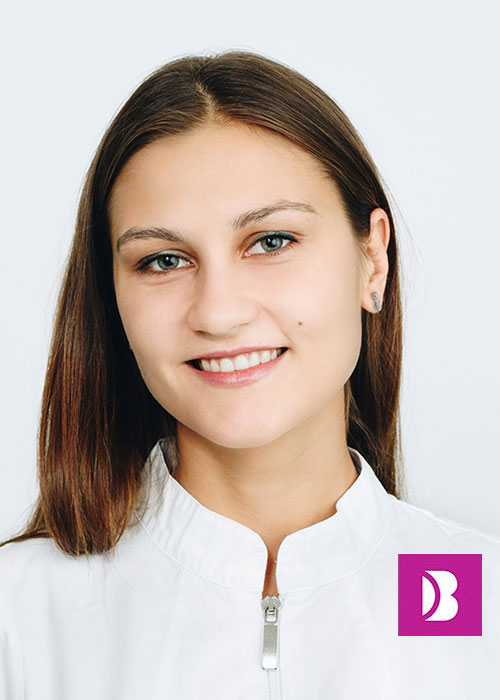 Doctor Kalista Kamenečki was born on November 11 in Radoboj, Croatia. After primary school, she attended high school and graduated in 2011. She then enrolled in the Faculty of Dentistry in Zagreb, graduating in 2017. During her last two years of college, she volunteered at Boban's private clinic. She completed her internship at the Health Center Zagreb - West and accepted the position as a substitute at the Krapina - Zagorje County Health Center. She gained a lot of experience with patients while working independently. In 2018 she joined the private dental office of Burazin, our B.dent dental centre. She has been actively attending dental medicine courses since 2015, and in the same year published her first work on the subject “Morphological features of human molars of archaeological and contemporary origin" in the international magazine for the International Association for Paleontology. Kalista specializes in the fields of restorative dental medicine, prosthetics and children's dentistry.

Contact us now and get your free dental estimate!